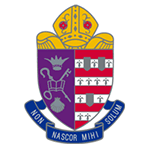 What is the color of boy’s summer uniform trousers?

JUST CLICK THE BUTTON BELOW, THEN YOU MAY FIND YOUR OLD SCHOOLMATES AND RECONNECT WITH THEM AGAIN

JOIN AS MEMBER
ABOUT US

Thanks for your donation to make this scholarship sustainable and meaningful. I think all of you may have some preliminary understanding for the setting up of the BHJS Ringo Chan Art foundation scholarship from previous source. I would like to report the current situation of the scholarship which was started from 2020.

All applicants needed recommendation from teachers, submitted a brief self introduction, their certification of achievement and their art production. Initially, group interview was proposed for facilitation of interaction among students, teachers and scholarship founders. However, due to the COVID-19 pandemics in 2020 and 2021, the group interviews were conducted via zoom which also produced a fruitful communication and interaction among those who participated in the zoom meeting.

In 2020, there were four F4 students applied for the scholarship. One was from music stream and three were from visual art stream. All of them were granted for 3,000 each with total expenditure which was covered by one donation 12,000.

In 2021, there were ten applicants, four F.5 students and six F.4 students, three F. 5 students had received the award in 2020, four out of the ten students had received financial assistance from school in different categories. Two of them were from music stream and eight of them were from visual art stream. Three re-applicants were awarded 2,000 each and the remained seven new applicants were awarded 3,000 each with total expenditure 27,000. There were nine donors with total donation of 150,500. Part of the surplus will support school to  build up facilities for encouraging and the remained surplus will be carried forward to year 2022 scholarship.

I would like to share with you the summary which was presented in the 2021 BHJS Thanksgiving Day for the celebration  BHJS 60 th anniversary which included some of the art products of the students and two photos taken on the speech day 2020 and 2021. I had also shared about my view of the meaning of the lifetime achievement award of Ringo Chan by the Hong Kong Dance Alliance. 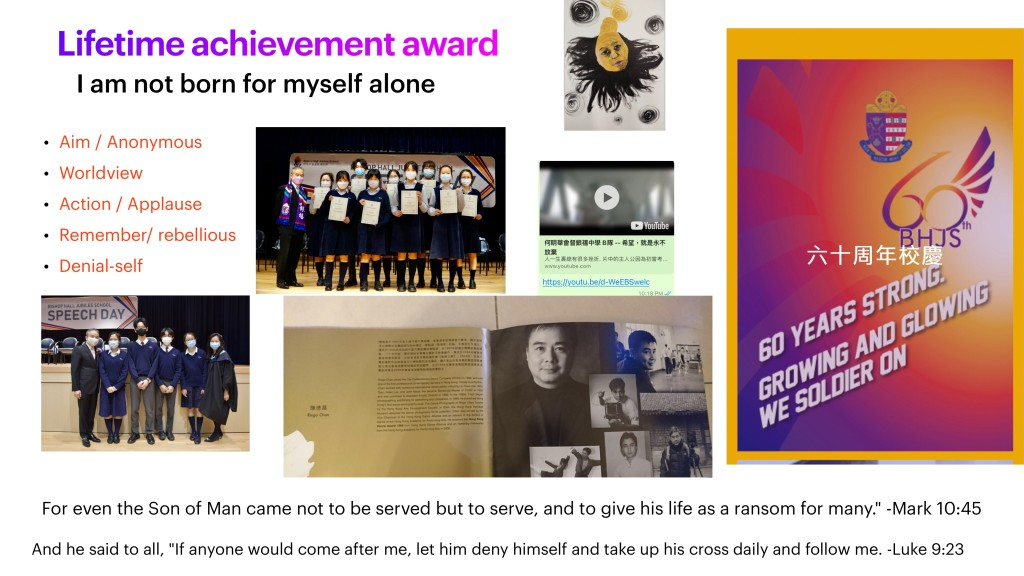 I had written personally encouragement letter to all applicants after their awards and all of them had sent back thank you cards to us.

Thank you card as follows:-

Let each man give according as he has determined in his heart; not grudgingly, or under compulsion; for God loves a cheerful giver. -2 Corinthians 9:7 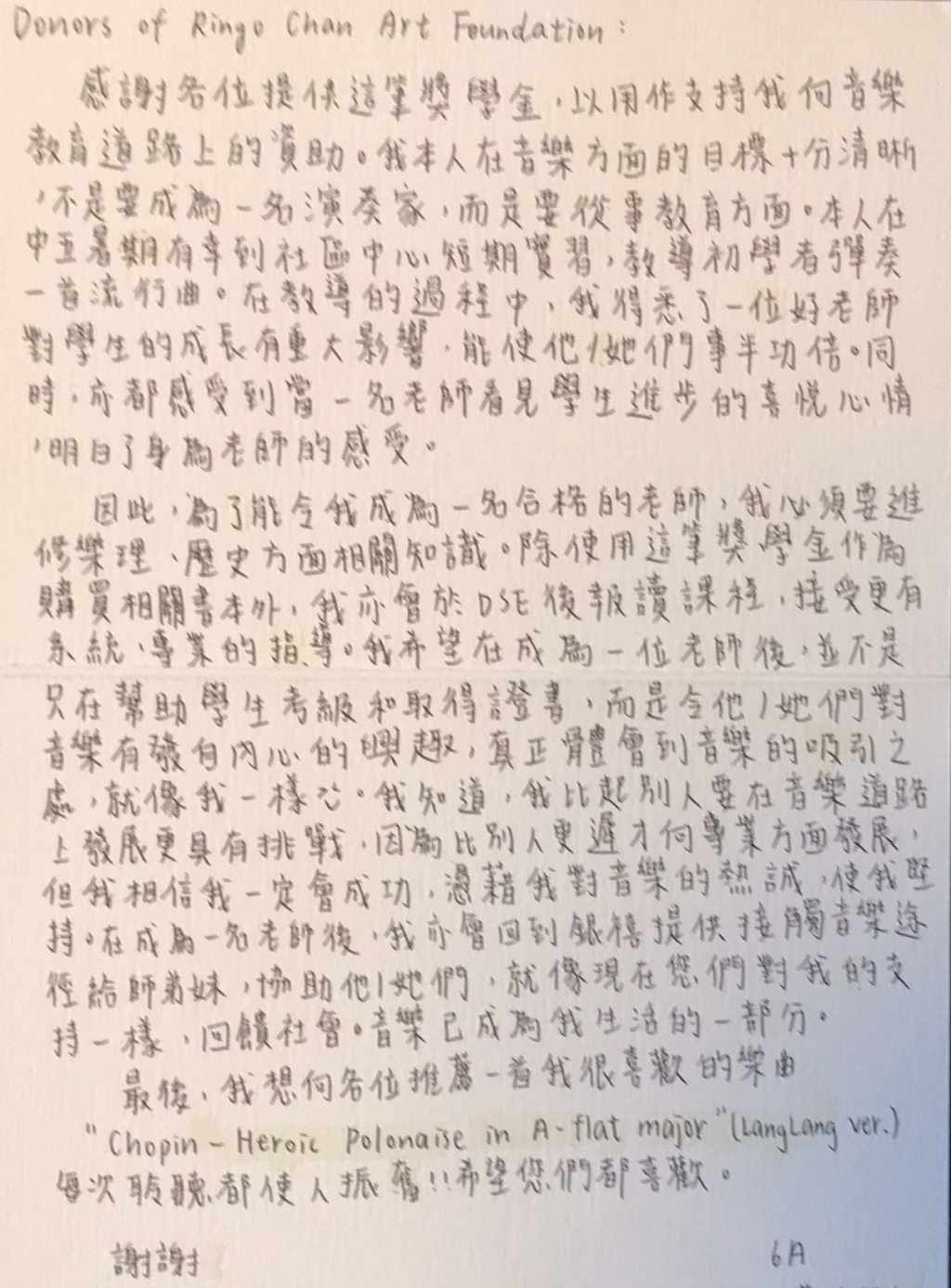 All are welcomed to contact me directly for further enquiry. Thanks again for all your heartfelt donation.